Ok, first of all what is VAG-COM or VCDS? VAG-COM is a cable Interface that plugs into the car’s OBD port. And VCDS is the Windows based software that is developed by RossTech – which uses this Interface to log into car’s ECU diagnostics computer.

Hence it’s a diagnostic software that will diagnose vehicles with VAG engines, meaning it covers nearly all Audi, Volkswagen Seat and Skoda models. It also works on non-VAG vehicles, but is limited to generic OBD2 system of Engine and Transmission.

VAG cars have been scannable (starting out with OBD1) since 1990’s. Therefore if you have a VW or Audi that was assembled from 1990 to present – you can immediately and safely use the VAGCOM-VCDS diagnostic tool.

A car owner/mechanic can use the VCDS system for virtually all the functions that the dealer diagnostic tools can perform.

Before the owners of a vehicle had no option but to take their vehicles to a dealership to run the diagnostics… but now with VAG-COM… the smaller independent workshops, or DIY’er can  perform key functions using vehicle’s onboard computer technology.

The type of diagnostics that can be done range from engine related problems such as diesel ignition timing to coding a new electronic control unit (ECU).

The VCDS diagnostic system uses a more detailed manufacturer protocol commands and allows the user to access all the diagnostics that have been installed in the vehicle provided it is a Volkswagen or Audi.

On of the key components to good vehicle maintenance, repair or upgrade is to make sure that you have the right tools and know how to use them.

Using the VAG-COM diagnostic tool will show you the state of your engine, how it is performing and then you can make the required adjustments to ensure that your car runs as economical as possible and reliably.

It uses the OBD-II on-board diagnostic system which is part of the engine operating parameters. This however, requires to be decoded and that is exactly what the VAG-COM software does for the Audi and Volkswagen engines.

It then codes them into 4 character codes which are simple to understand and each one is related to the performance of the vehicle.

There are thousands of different codes and by using the VCDS system it will direct you to exactly where the problem is lying.

In short, if you have a Volkswagen or an Audi there you no longer the need to guess what is wrong with the car or doing modifications by trial and error.

The great thing about the VAG-COM diagnostic system a person no longer has to visit the dealer and pay an astronomical price for the service but you can do it right from your home.

How to Use the VCDS Software

After the software has been downloaded onto your laptop… start the VCDS from the shortcut icon on your computer and the main screen will appear. It will show all the options that are available.

Plug the cable into the car and to the laptop and turn the ignition on.

Go to the options menu and it will show the tab port and protocol options.

Then you select the port or USB that it is connected to. Press the test button and the test window will show. If the message ok’s, the software is ready to use! 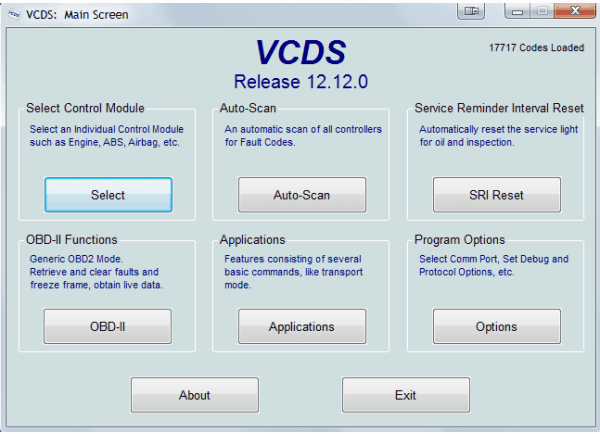 To test the vehicle you will need the cable that plugs into the car and the plug is in the vehicle cab normally placed somewhere in the dash of the car. 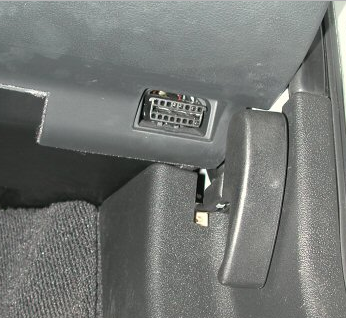 Once the scanning screen is accessed then it will require the chassis number.

The newer models that have a full CAN diagnostic system a person can use the auto detect function of the software. 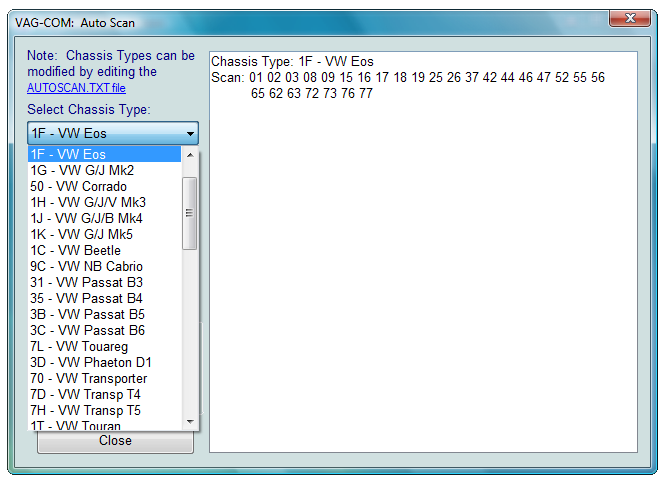 The VAG-COM directory has a file for all the vehicle profiles and it can be edited if you press the hyperlink above the chassis type.

If you are not sure of which controllers you have in your car you can use the control module finder. 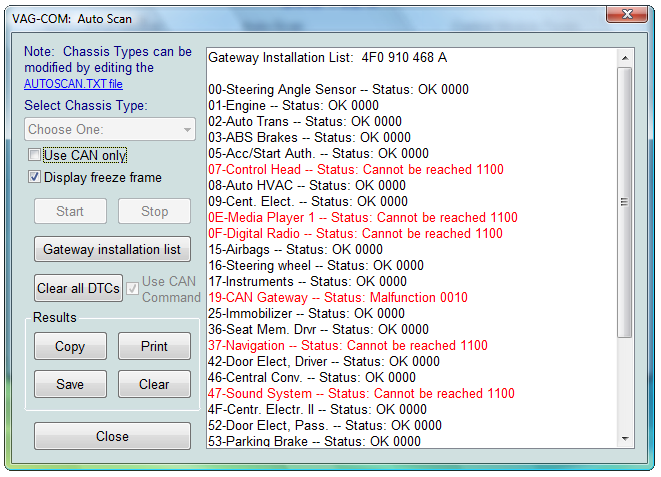 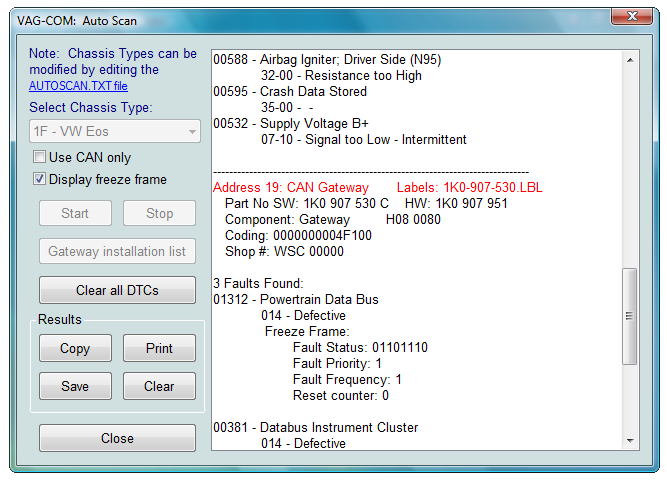 Press the start and the auto scan will start. This process can take a while but after it is completed the lines that are printed in Red are where there are faults.

You click on these and the fault codes can be cleared. depending on the fault it is important the necessary repairs have been carried out. 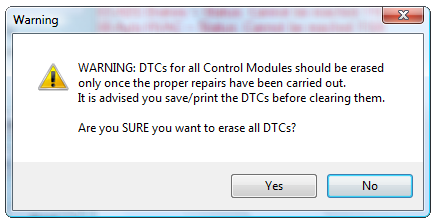 Using the Codes to Modify the Vehicle

Using fuel trim as an example the VAG-COM will check the current status of the fuel trim and in this case, you need to check the appropriate group for the vehicle.

For modern vehicles, you can check the repair manual for the particular module.

Negative figures indicate that the vehicle is running too rich and the oxygen sensor is, therefore, closing the injectors to soon.

Positive values are the engine is running too lean and the opposite effect will take place with the injector control.

After that, you can adjust the trim as per the factory manual.

There will very seldom be zeros in both the fields and if there are you have probably cleared the values.

One of the advantages of using the VAG-COM diagnostic system is that you have the flexibility to do readings of the various sensors in real time.

Firstly you need to choose the modules and generally, these modules are all listed under the engine option. 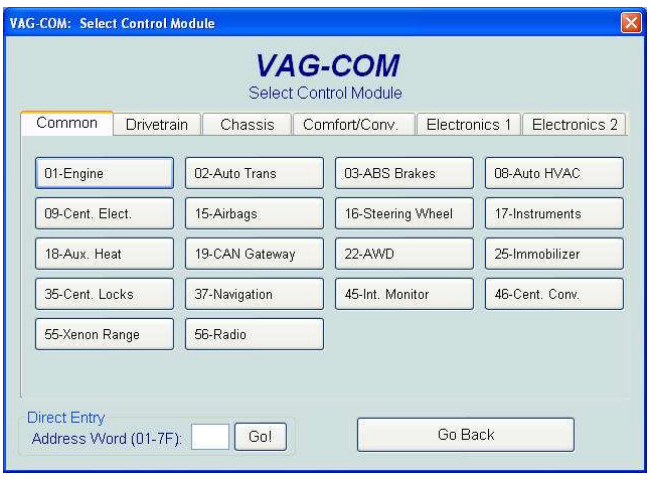 By using the features you are able to log more than one group at a time. These can include the air mass meter diagnosis, vehicle speed but that is generally just for interest and coolant intake and temperature which is a good way to compare the revs against the vehicle speed.

To use some examples 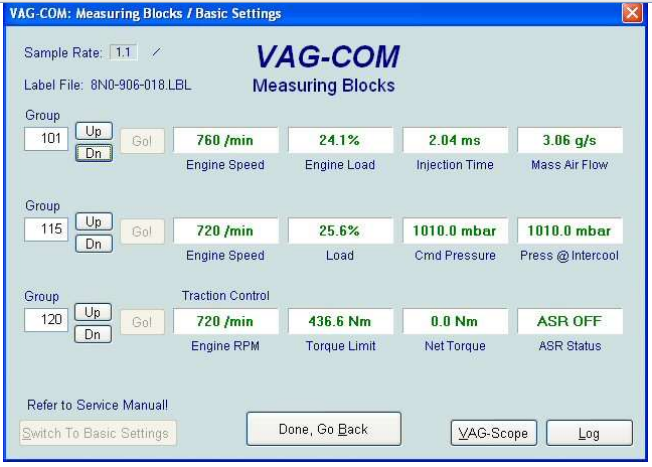 Just like block 120 you can measure the amount of torque and compare the readings to other parameters such as the boost and duty cycle. If all these three factors are strong then the car is running well.

If the boost is too low then there could be a pressure loss such as the clamps or if there are any cracks. If it does not solve the problem then you will need to troubleshoot the system.

Some Tips for Data Logging

Setting up the vehicle: make sure that the air conditioning is off. If you have traction control then turn that off as well and make sure that all the car windows are up. It is important to note that if the car was running on a different octane fuel before the test then run it as low as possible and put the fuel that you would like to test the vehicle with. Drive the car for at least 15 km to make sure that the last of the fuel is used up.

At what speeds to drive: The runs are generally done in full throttle and in 4th gear. The revs start at 1500 rpm to red line. If speed is a problem then use a lower gear and do the run that way.

A number of runs: There should be no less than 4 runs and each run will cover certain logs in order for you to ensure that you get the engine information to enable you to make repairs or modifications. It is important to note that the engine should be at operating temperature before you start logging and that you use the same stretch of road.

Setting up the computer: The data that is being logged should be in the advanced measuring block which you will find in the Engine Controller Interface. The next step is to activate the turbo mode so that you get a good data sampling rate. Make sure that you get the data feedback in numerical data and not in graphs. You are able to export the required data in CSV format.

Below are some screen shots that show you how to set up the computer.

Each round is used for the different analyses with the first one being the analyses between the boost and fueling.

You get the results from the data read out which include a total of 12 items. These are:

Each of the rounds is for different diagnostics and these include Boost and timing, MAF load and Misfire specific.

This is the measuring of data when it is available from the specific module in question. To do the output tests using the VCDS click on the “start button” or “Activate” depending which module is being used.

Aspects that need to be taken into consideration when doing output tests is that:

There are a few warnings that need to be taken into consideration when doing output tests.

Summary of the Advantages

Anyone who has a workshop can now have access to VCDS diagnostic tools. If you own or service Volkswagen, Audi, Skoda or Seat… and you want to make sure that the cars perform at their best then doing the diagnostics are a crucial part of the service.

Following are the diagnostics and capabilities of using the VCDS system: